THE HORROR OF DEMON HOTEL 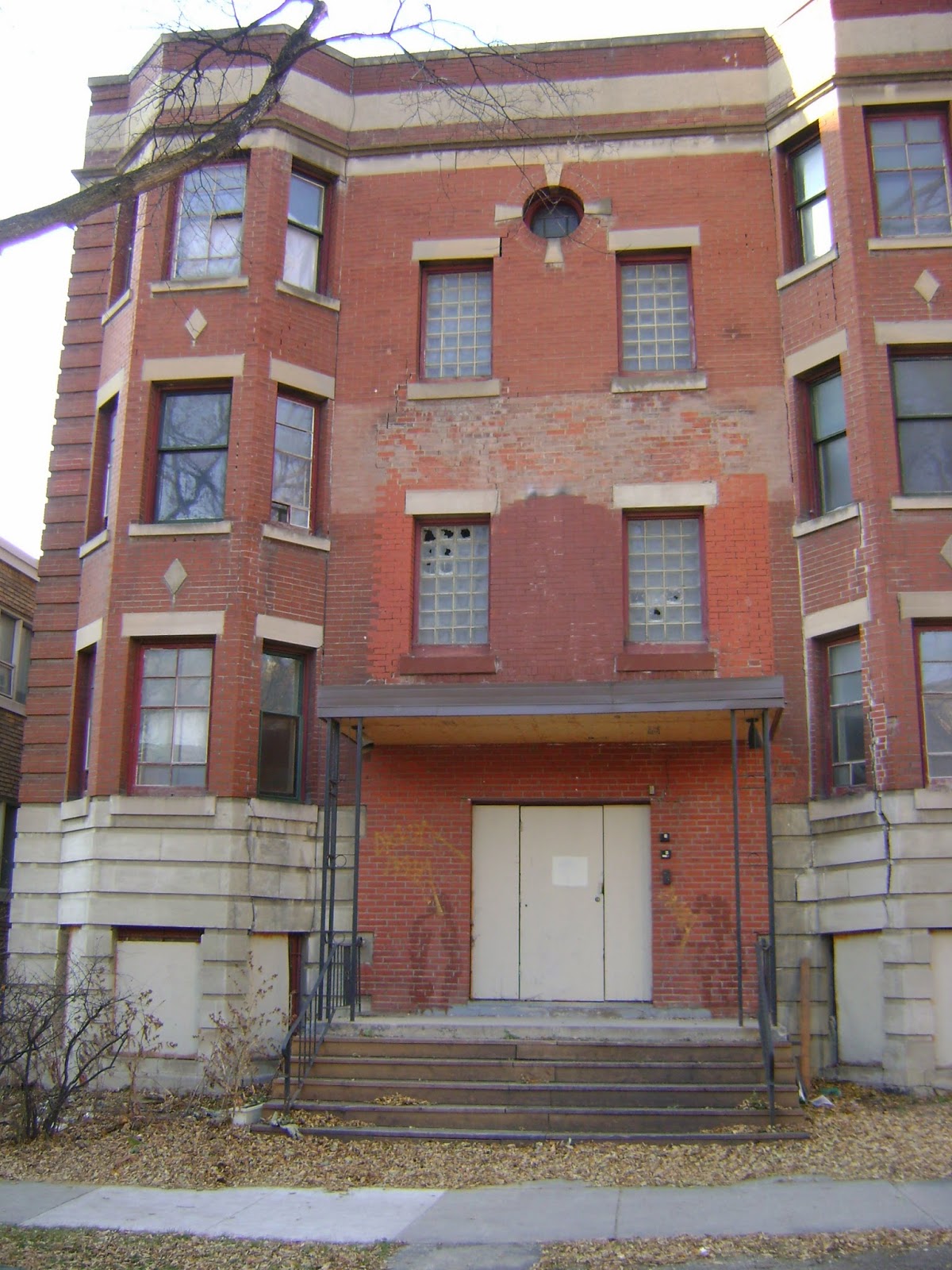 I am the founder and curator of this blog about the abandoned building at known for very good reasons as Demon Hotel. I started this blog and have published posts trying to warn people about a danger in our midst. I have been silent for over a year for reasons too difficult to explain, and even harder to believe. But I can hold my silence no longer. People must be warned about Demon Hotel. 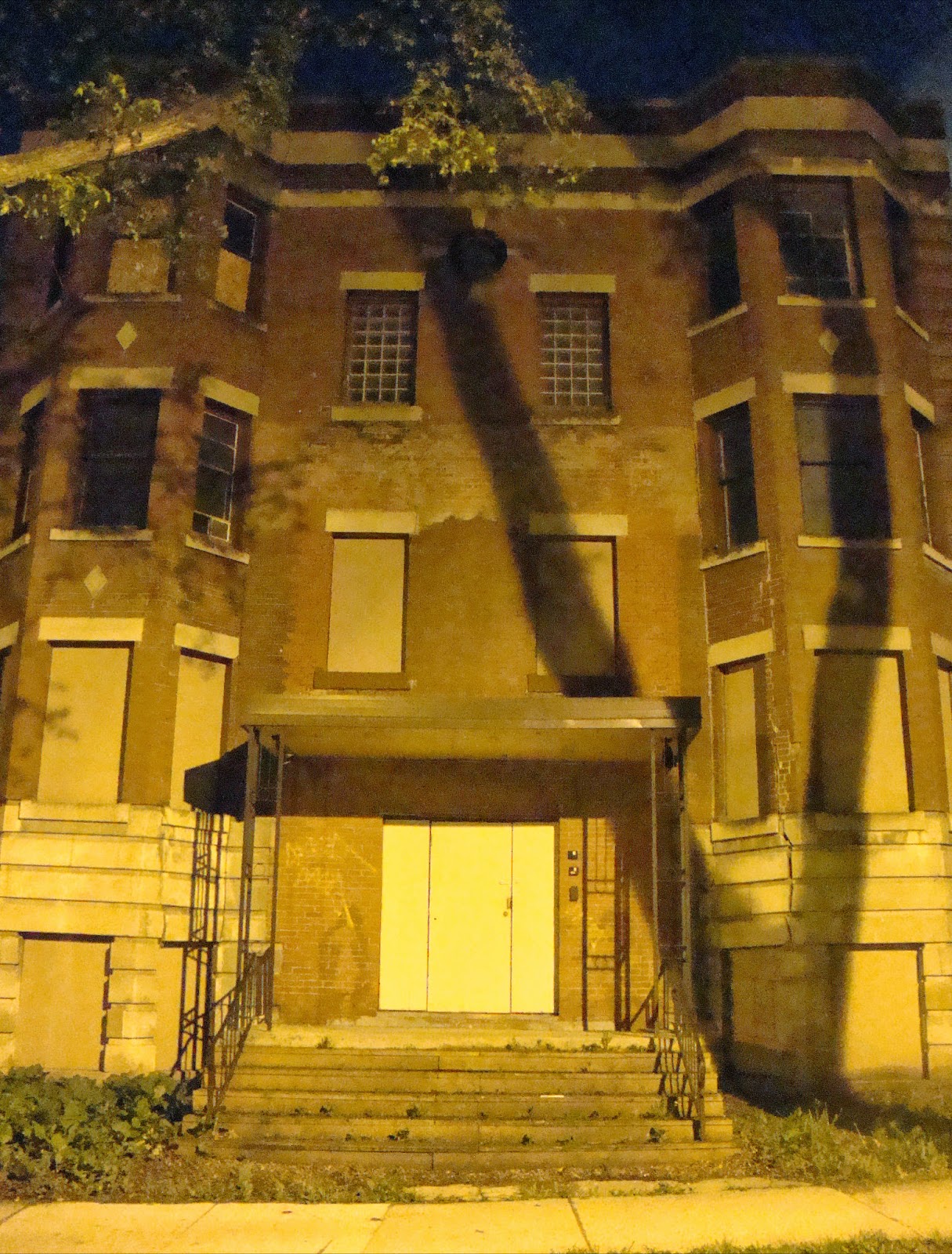 Kenilworth Court was constructed in the summer of 1910, and as I have documented in this blog, for several years, even before the building was abandoned there have been strange rumours told among the denizens of downtown of a “haunted building” where strange things were seen. There were sightings of mysterious graffiti, frightening faces seen staring from the broken windows, and tales of homeless people who were never seen again after seeking shelter there. And then there were stories of the mysterious “Cat Lady” who appears trying to lure unsuspecting men to an unknown fate. Clearly something unusual was going on at the decrepit structure. But was this fact or fantasy? 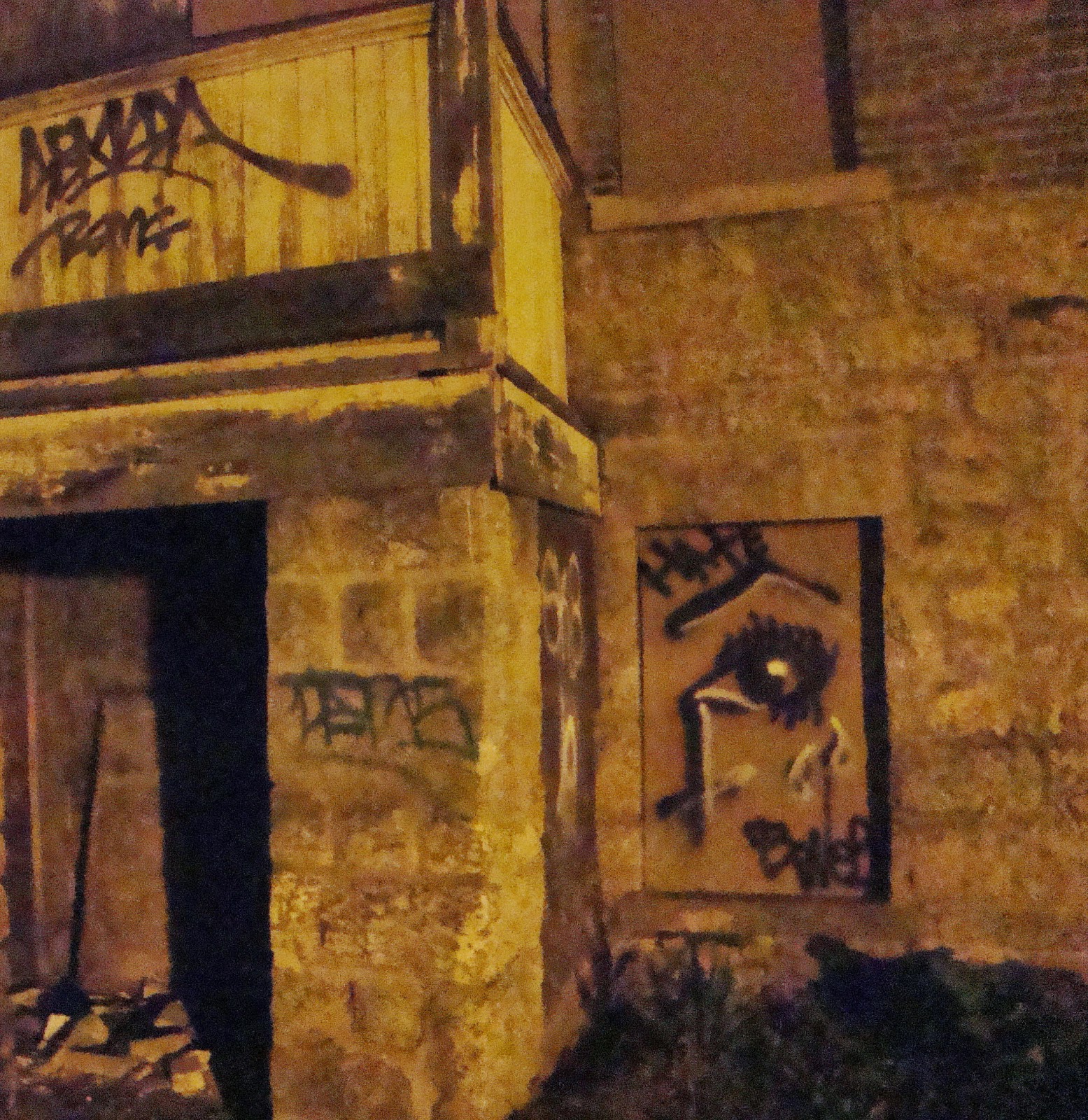 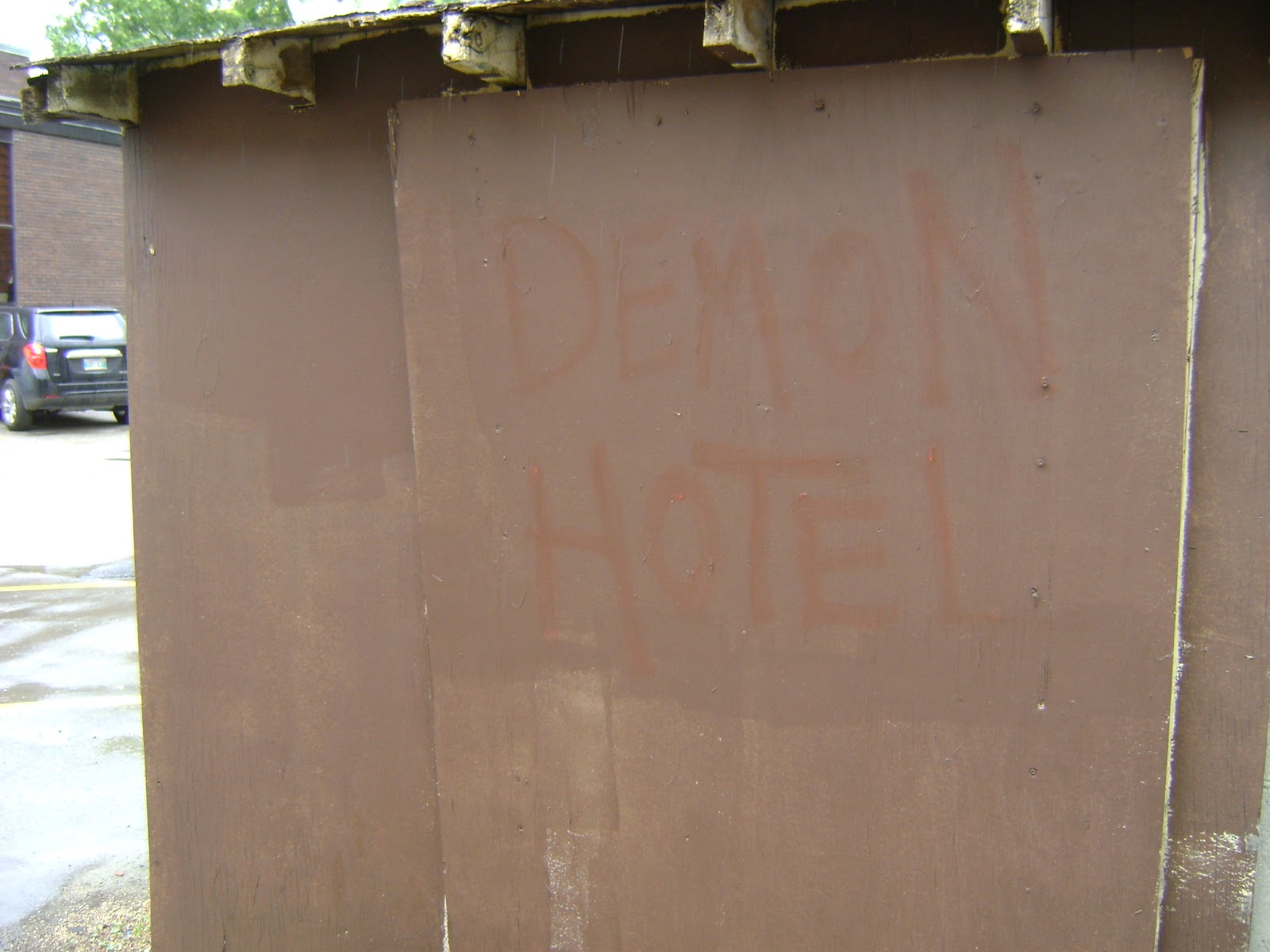 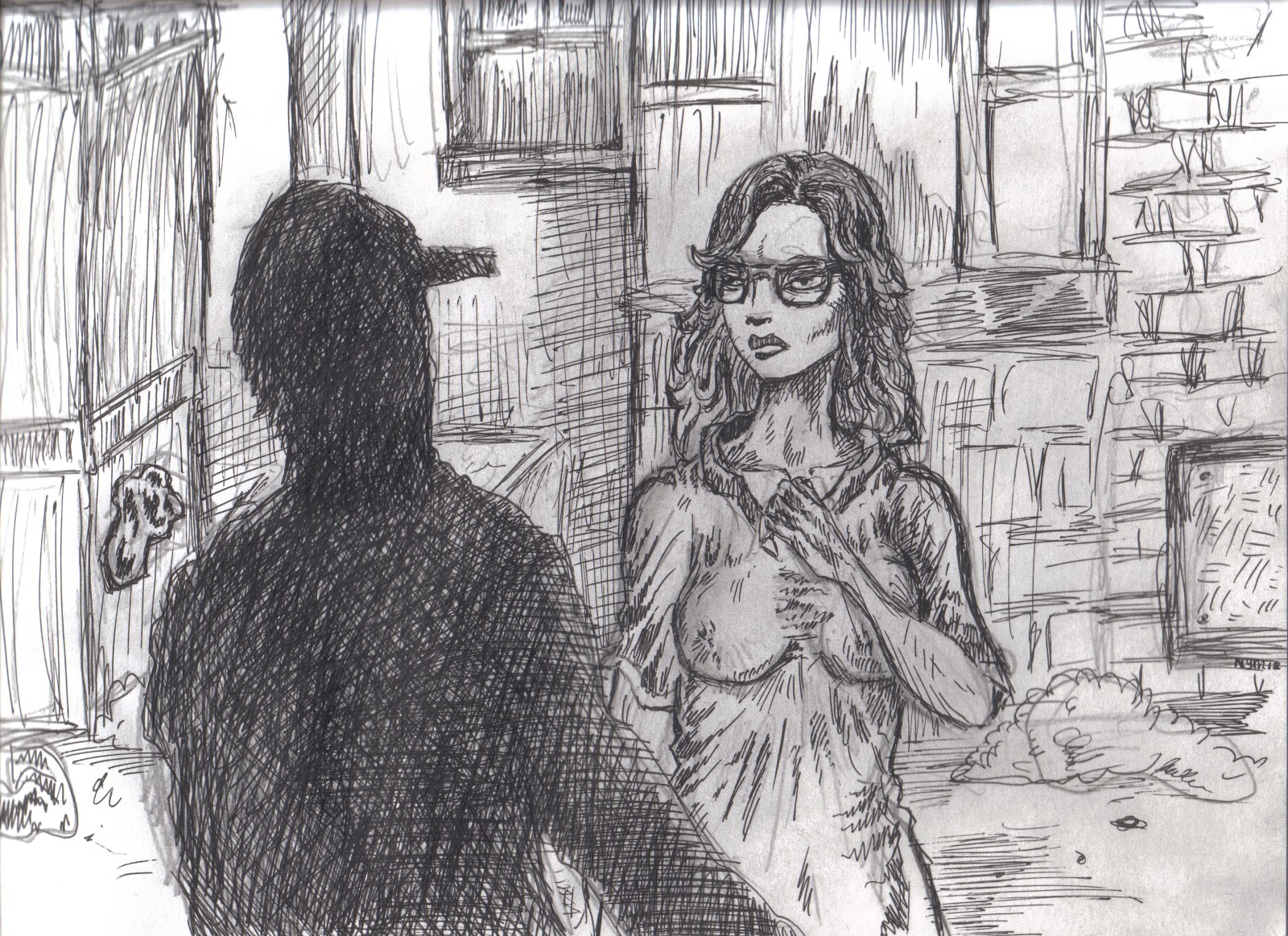 At first I assumed that these rumours were nothing more than pranks. However, after searching for more information, and talking to people in the area, I came to the conclusion that there was more to it than mere urban legends. Then there was the incredible experience first presented in this blog of an urban explorer who dared break into the ominous building, of the frightening scenes he saw, and of his mysterious fate. Ultimately I came to believe that there was something about this place, something eerie and paranormal. 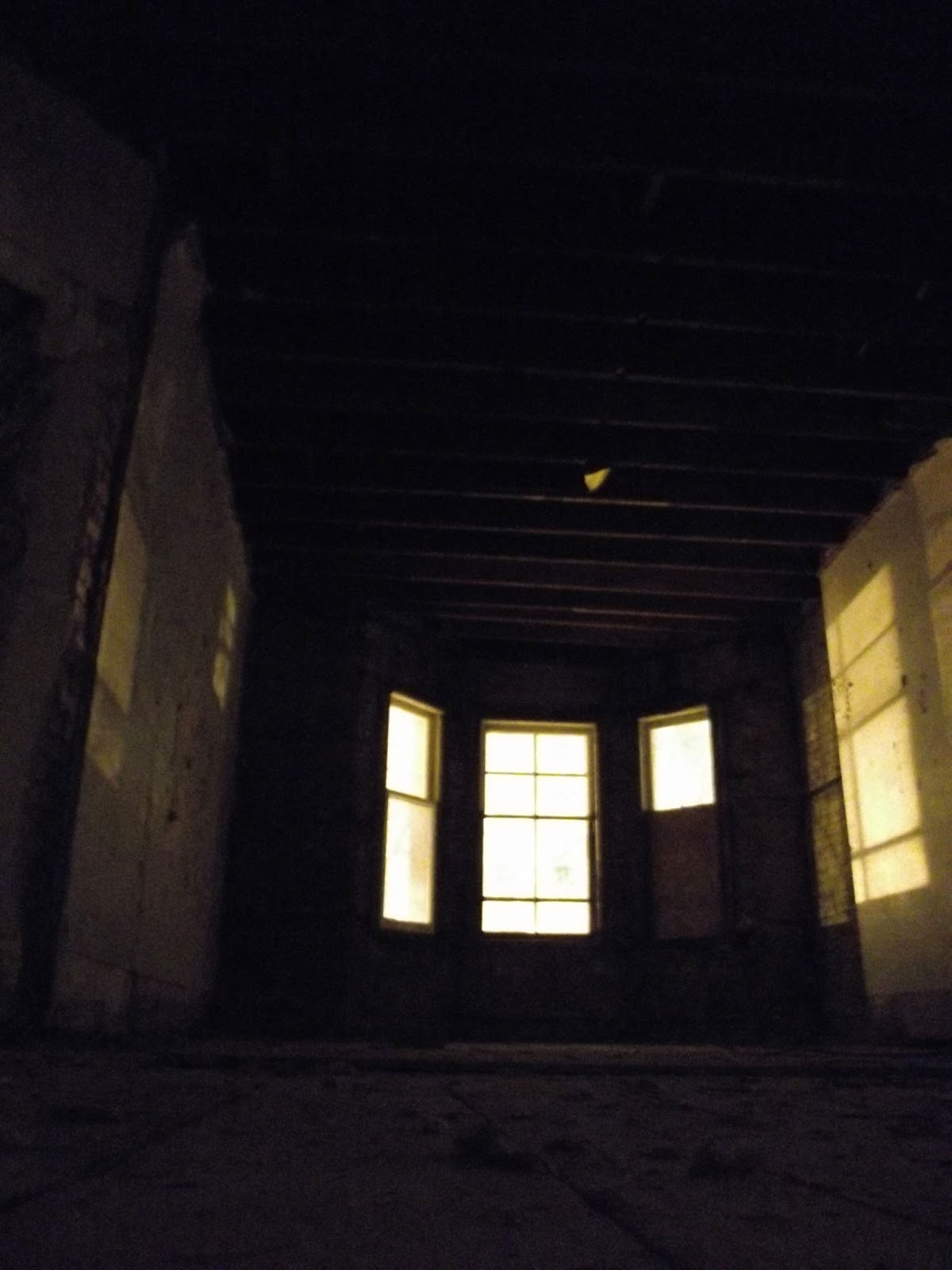 I have discussed the subject of Demon Hotel with local Urban Parapsychologists who prefer to remain anonymous, and along with the information I have gathered from eyewitnesses and others, I have come to the following conclusions:


Across the back lane from Demon Hotel on stands the Dalnavert, an old Edwardian house dating back to 1895.
There have been rumours for decades that the old house, like others of its kind, was haunted and that it had been built over an ancient burial site, but there can be little doubt that it would be the perfect home for spirits or other supernatural forces. That is, until the house was turned into a museum in 2005. Can it be a coincidence that strange things began happening at precisely that time in the adjacent Hargrave building? Paranormal specialists suggest that the activity of the museum forced the spirits away from the house.

Theoretically these displaced spirits looked for another place to dwell, and they did not have far to go. Across the back lane was a decrepit and crumbling old apartment building. Perhaps the many deaths, including several  suspicious traffic accidents and the rumours of evil activities that had occurred within, attracted the spirits there. There is no doubt they could hardly resist the empty building, so the Kenilworth Court may have become a supernatural nexus.

It is an indisputable fact that evil attracts evil, so no sooner did the spirits inhabit the condemned building, that other supernatural entities followed, not just the spirits of the dead, but actual demonic beings. And so for the last few years it has been a paranormal gathering place for other-worldly beings. Among those knowledgeable about the situation came the half-joking phrase “when they are not in Hell, they stay at Demon Hotel”.

In some ways, it was fortunate that this structure was favoured by these dark forces, as they were contained to one place. All that was needed was for people to avoid the building. It was for this reason that this blog was started, to warn people to stay away. Unfortunately, there were those who did not see the warning, or chose not to heed it, with chilling results.

But now I have grave news, no pun intended. The structure that has so far contained the demonic spirits is being torn down. 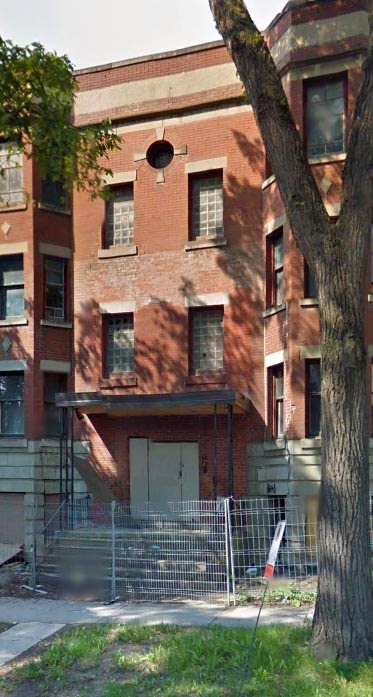 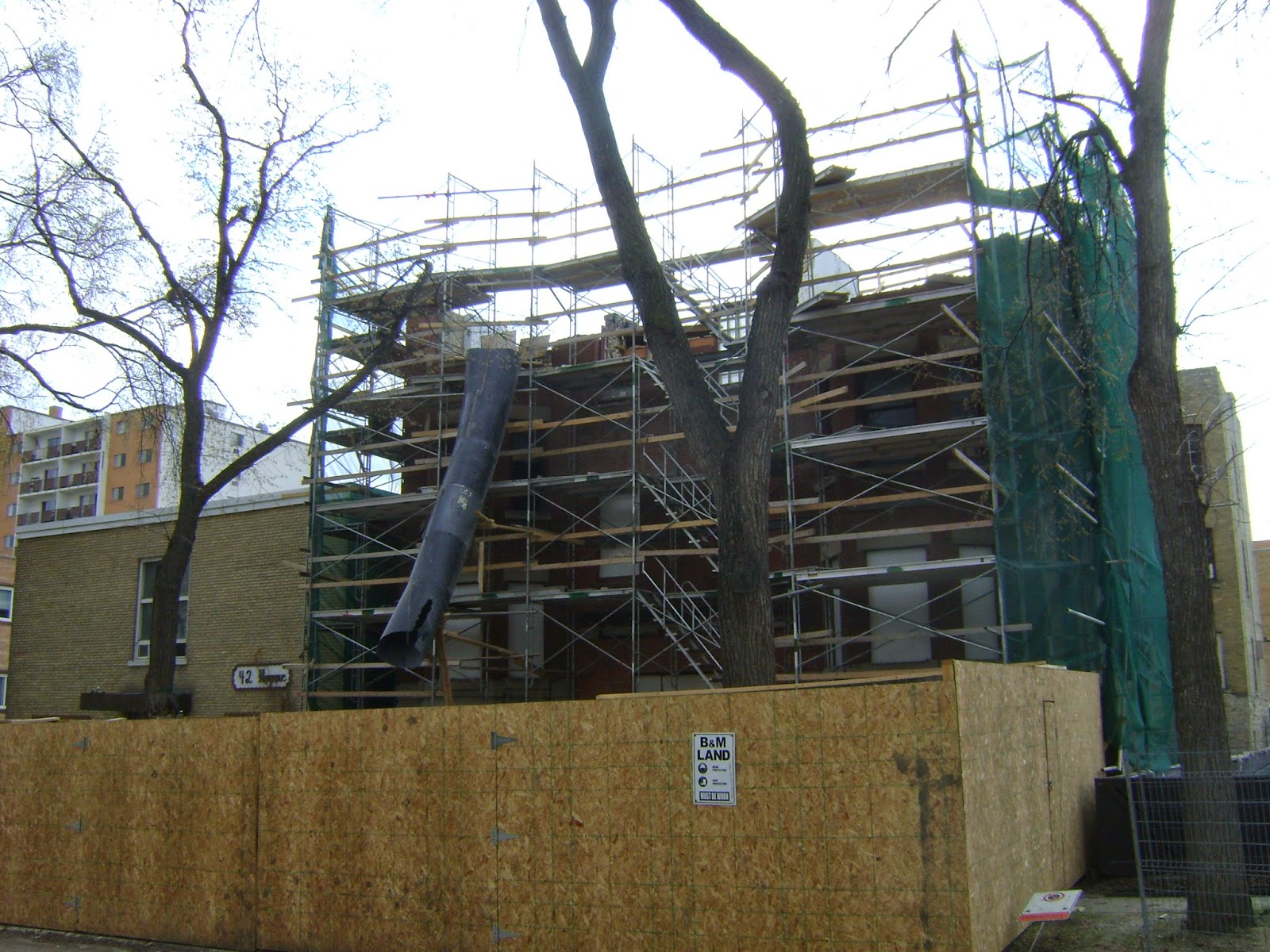 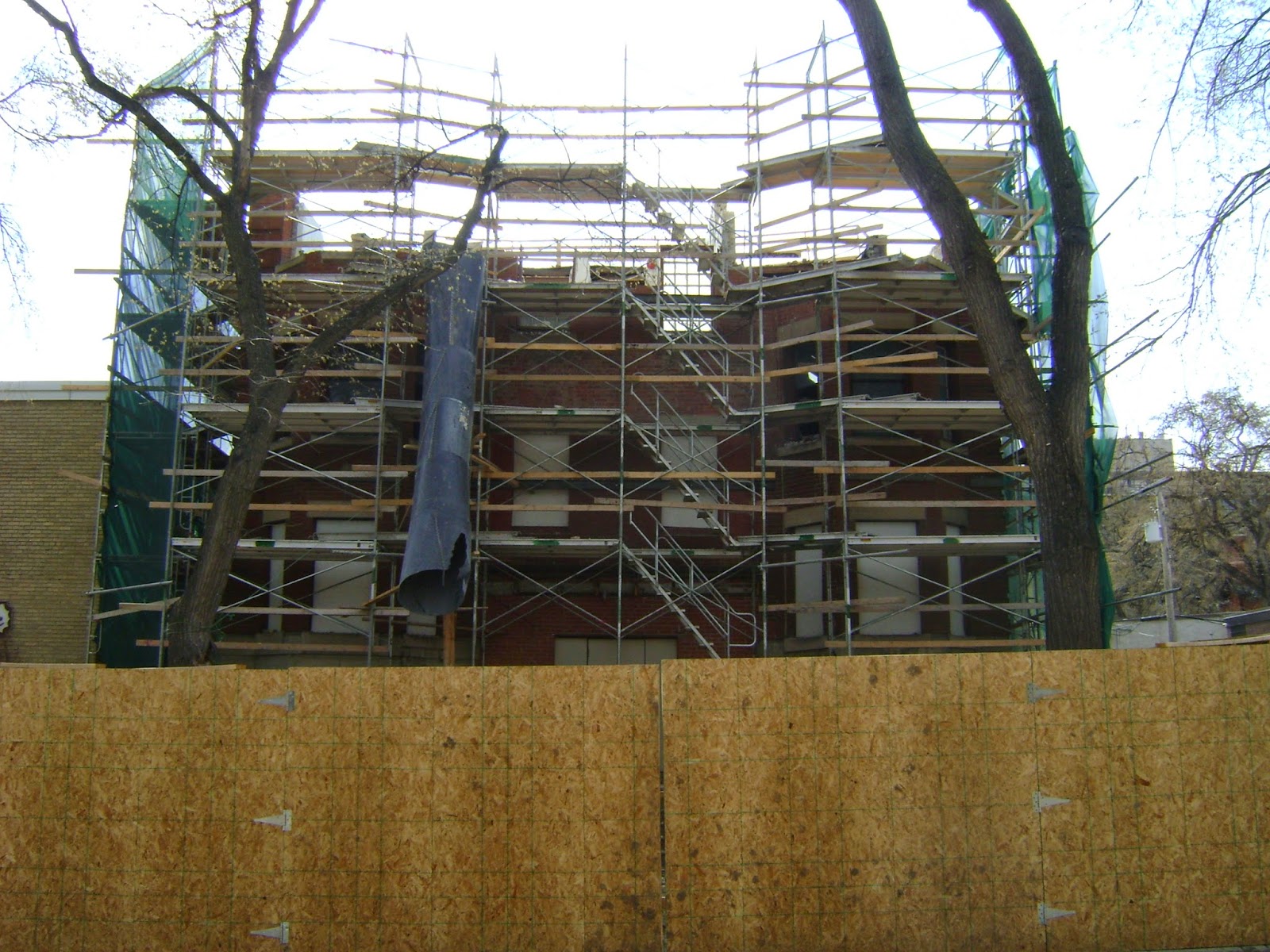 No need to tell you what will happen when the building is demolished, but let me be clear, every paranormal expert I have consulted assures me that the evil spirits will undoubtedly move to a new location as close as possible. Such a mass exodus of displaced spirits could mean that all the apartment buildings and households in the vicinity could end up being the victims of hauntings. Homes along , Hargrave and Donald Streets would be especially prone to supernatural attacks. 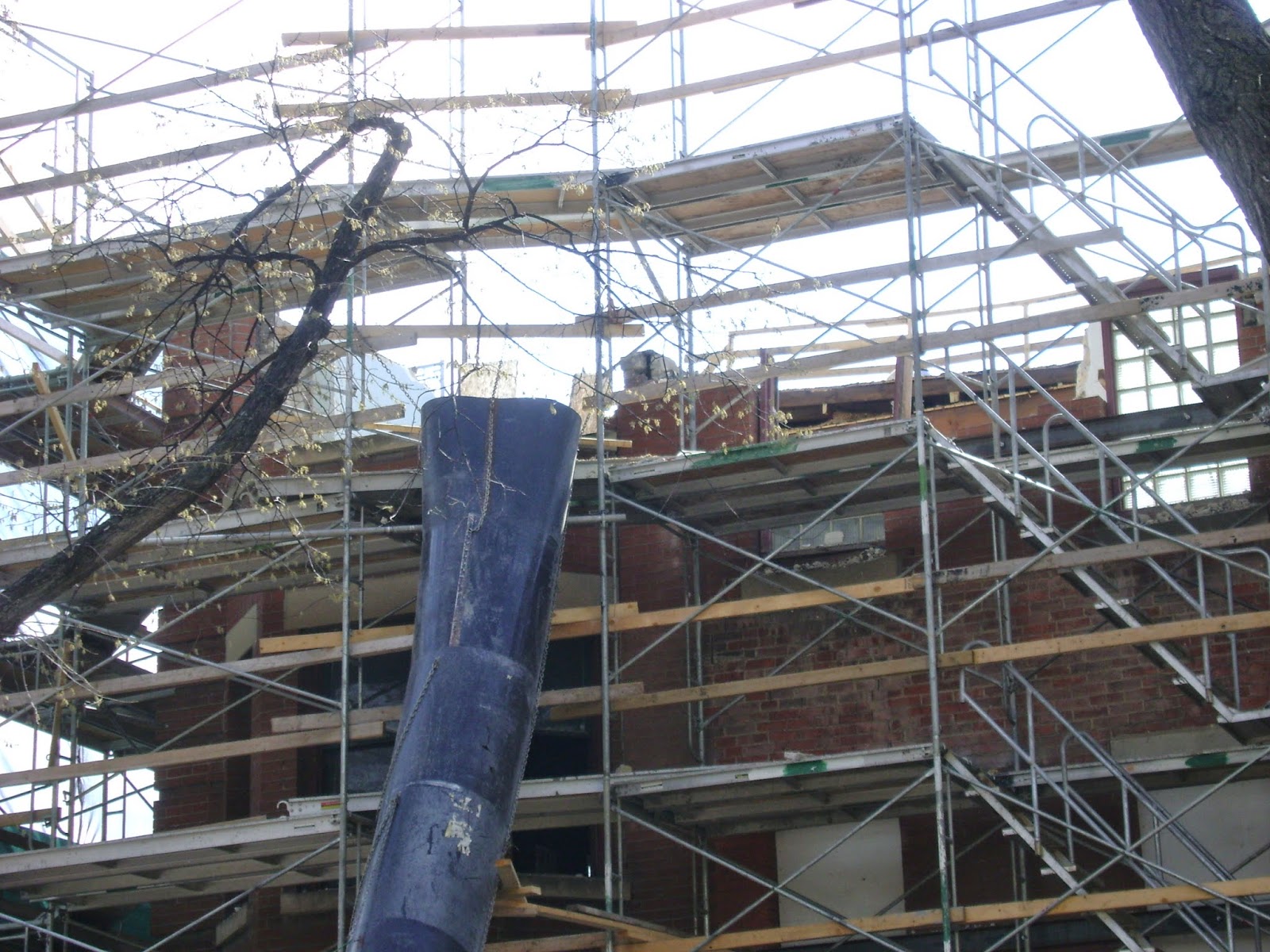 The dismantling of the building appears to include salvage of the bricks. This brings to mind another disturbing possibility: what if the bricks absorbed a portion of the evil aura? What if each brick contains a piece of hell spirit that will be transferred when they add it to another structure?


I know it is unlikely to get the owners of the land to believe this, and since there is little hope of stopping the destruction of Demon Hotel, there might be only be one last chance. If a priest, bishop, or some other cleric who has the knowledge and skills could perform the ceremony of exorcism at the old abandoned building at 44 Hargrave Street before it is too late, maybe the nightmare can be aborted. I’m afraid I can do nothing more. This may be my last post, if you do not hear from me again, consider me another victim of the horror of Demon Hotel. 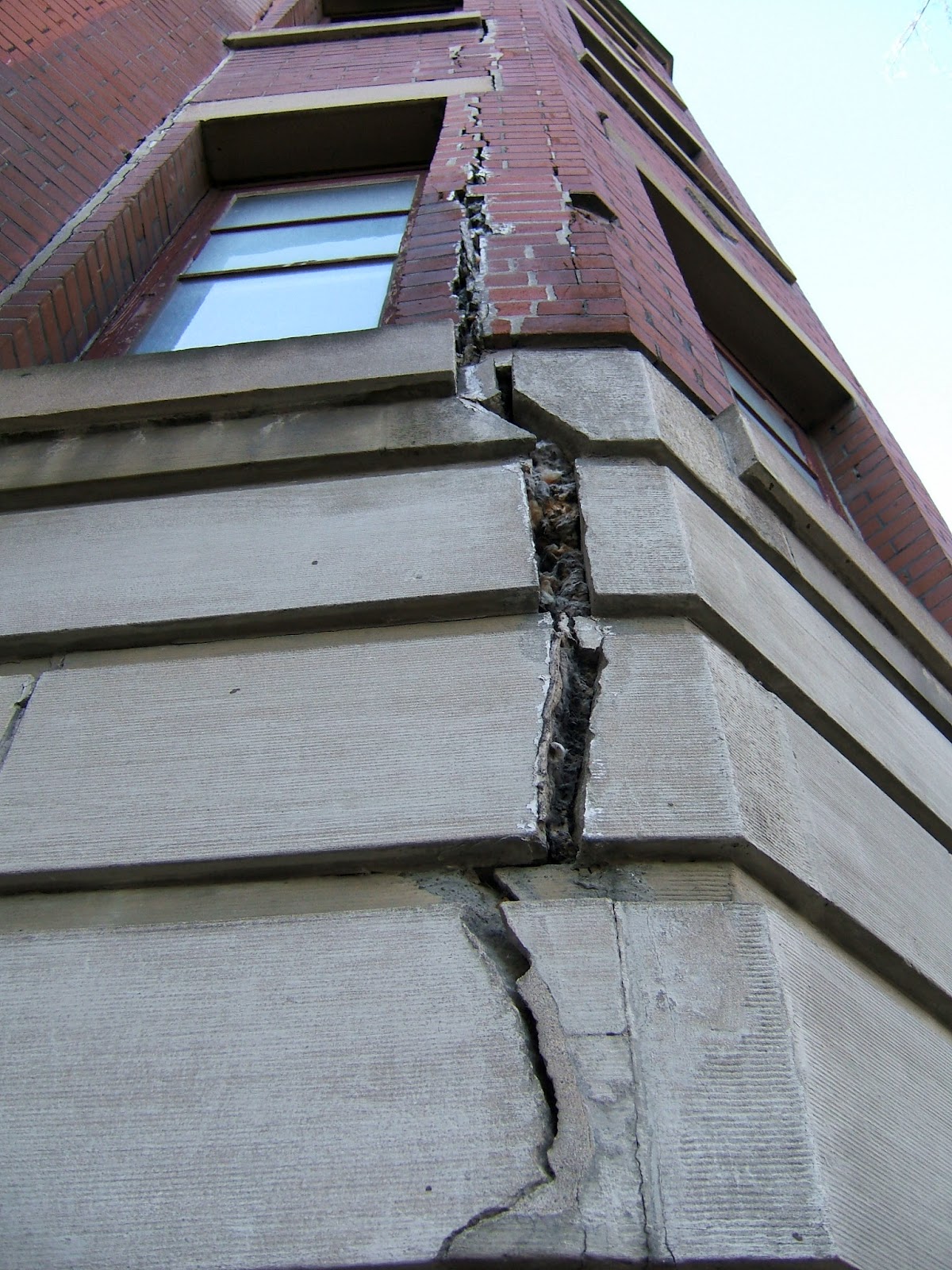