DISCLAIMER: DO NOT ATTEMPT THIS YOURSELF! The moderators of this Blog strongly warn everyone NOT to attempt to enter Demon Hotel. Not only would there be physical danger from exposed nails, jagged glass and other damage, but there is also the grave potential of paranormal threats ranging from ghostly hauntings, demonic possession and spirit induced insanity. STAY AWAY FROM DEMON HOTEL! 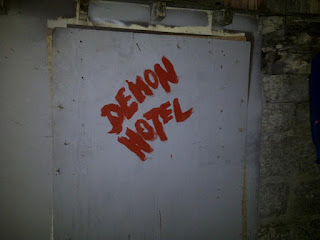 That being said, this Blog was recently contacted by an anonymous Urban Explorer specialising in psychic investigation who, some say foolishly, decided to penetrate the seals on the abandoned apartment building on Hargrave Street, known as "Demon Hotel", and which is widely considered to be haunted. 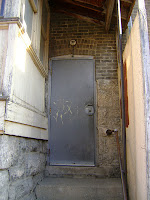 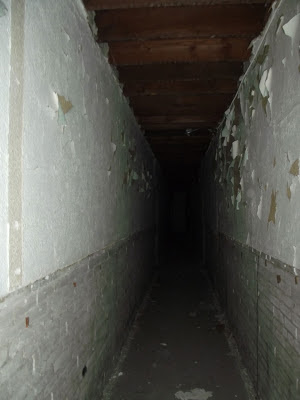 Once through the door, the Explorer encountered a dark, dingy corridor, and his nostrils were assailed by a musty odor of decay, but also of some strange undefinable scent ... something unearthly. As he progressed down the path he also noticed that the air was growing slightly colder. Stopping on the main level, he saw the boarded up windows. At this point, everything was still and quiet. 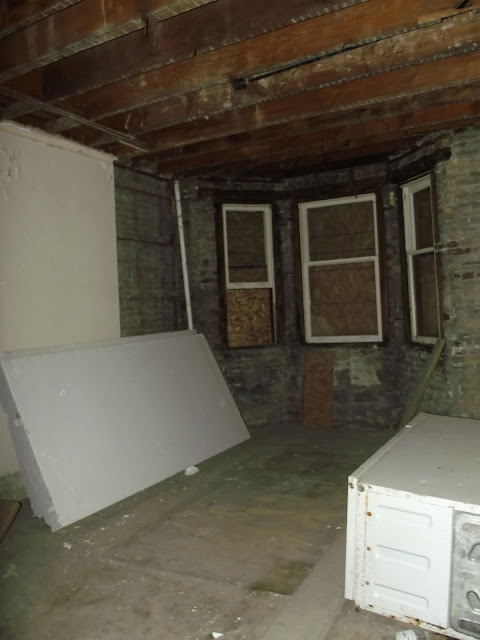 He then proceeded to move up the main staircase, which made creaky sounds that echoed throughout the building. The Explorer noted that an uneasy feeling came over him, the sensation that perhaps he was being watched. However, there was no sign of anyone, or anything, in sight. 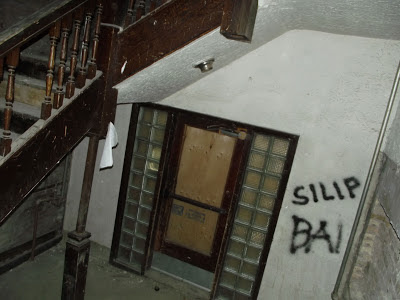 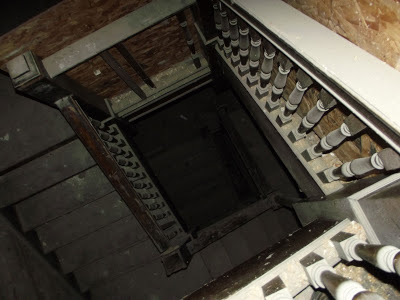 He reached the upper floor, which was dark and empty. The stale, stagnant air seemed to be even colder than before, and the uneasy feeling remained. He noted that there was a slight sound of rustling, which he attributed to the wind seeping in through some of the broken windows. 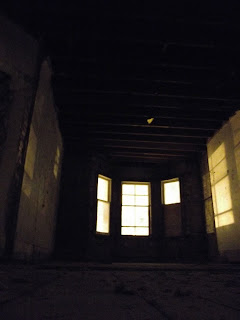 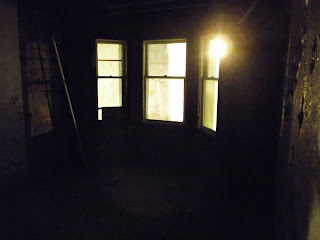 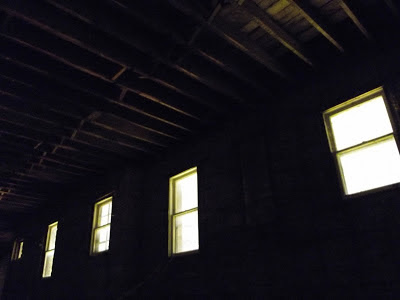 The Explorer spent a few minutes looking around the empty upper floor, noticing the air had grown even colder, the strange smell getting more pungent. He heard more rustling sounds, which he again attributed to the wind, until he heard creaking sounds coming from the top floor. 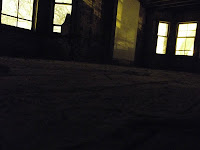 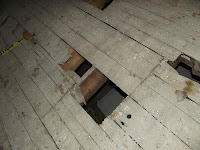 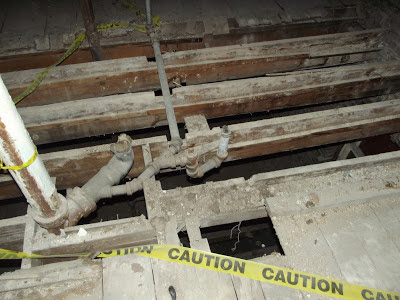 After taking pictures, he again heard the creaking sounds coming from above, which could have been the wind, or perhaps some street animal taking refuge from the night, but which sounded more like soft footsteps on the broken floorboards. He then decided to continue upward to the top of the building. As he further climbed up the stairway, he could still hear the strange sounds getting closer.  As he finally reached the last few steps, his foot accidentally snapped a rotten piece of wood which tumbled loudly down to the bottom floor. Suddenly all sounds stopped ahead. 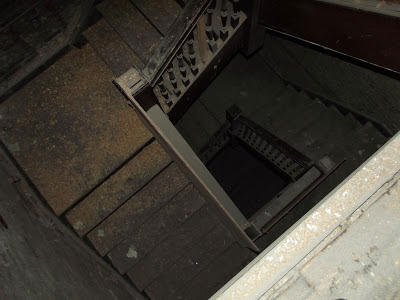 It had become deathly silent at the entrance to the top floor, which was dominated by a huge circular window overlooking Hargrave Street. As he approached, there was only his own creaking footsteps in the darkness, all other sounds had vanished, along with the unusual coldness and smell. 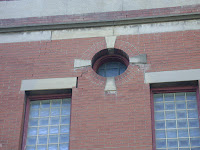 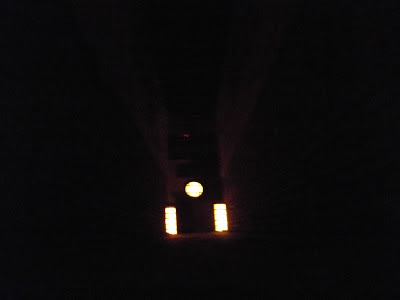 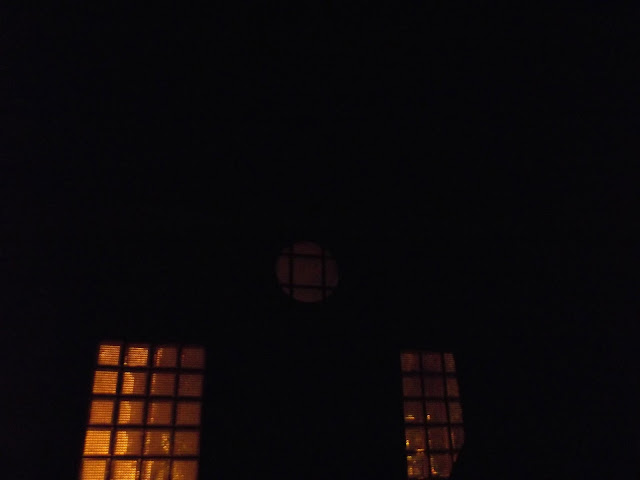 As he stood in the silent darkness, the Explorer decided that the sounds and sensations he had experienced were merely manifestations of his mind, spurred on by the macabre surroundings and the legendary reputation of the cursed building. After a few more photos he decided to leave as he had come. Suddenly he heard a distinct sound echoing up the staircase, a sound that could only have been a door slamming far below him on the ground floor. He then made a fateful decision, that he would descend lower and seek out whoever or whatever was in here with him, no matter what it might be.

What did the intrepid Urban Explorer encounter as he journeyed into the terrifying depths of the ghostly structure? What nightmarish sights did he behold when he entered the ghastly basement? Did he escape intact from the haunted corridors of Demon Hotel? Return soon to this Blog for Part Two of INSIDE DEMON HOTEL! Coming Soon. 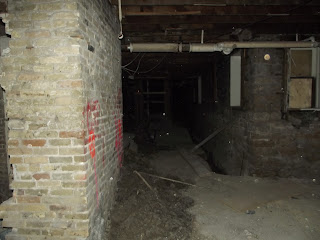