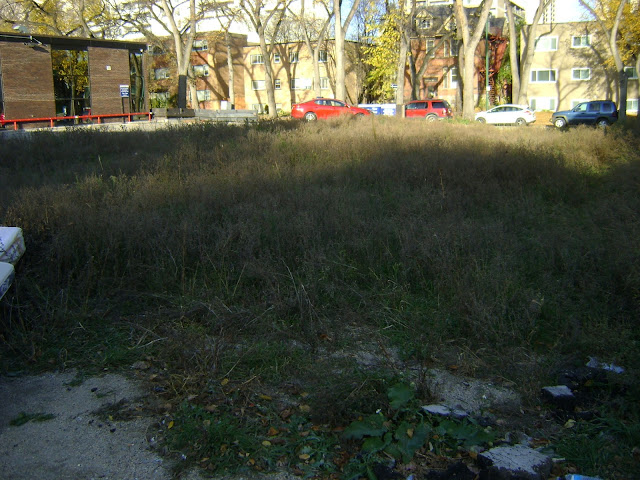 Halloween 2015 is fast approaching, and this year's fright night is different from those in the past. This is the first Halloween since the fiery destruction of downtown Winnipeg's legendary haunted building known to the locals as "Demon Hotel". (Those new to the bizarre tale should begin at this link, then go forward if you want to contemplate things both bizarre and impossible.

For many decades the apartment building at 44 Hargrave Street stood; the last decade, as an abandoned husk. Only local legends and street gossip hinted at strange occurrences that may have happened behind the eerie brick facade. However, after it was no longer a place for "human" tenants, some say the old abandoned apartment building became a residence for other types of tenants. Besides scurrying rats, cockroaches and crazed feral squatters, downtown residents have reported tales of stranger occupants in the macabre location. From ghostly faces, demonic entities, and the mysterious "Cat Lady" many unearthly visions have been described (see a summery of some Demonic denizens at this link.) 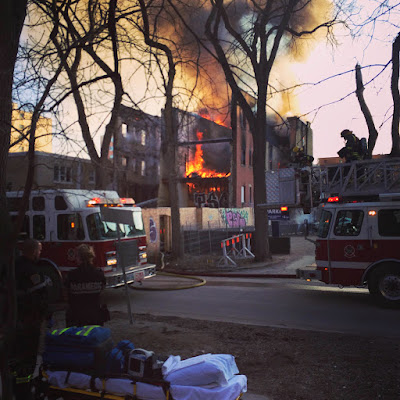 Then on April 6, 2015 the haunted hotel of downtown Winnipeg went up in flames. Blamed on teenage vandals, many have wondered whether paranormal forces were involved in any way. Some secretly welcomed the incident, hoping the cleansing flames may have at last exorcised the supernatural evil possessing the haunted halls. Others however, openly speculated that the destruction of the building by fire merely dispersed angry spirits into the neighbourhood, or perhaps even locked the unearthly forces into the ruins of the site, creating a zone of evil. 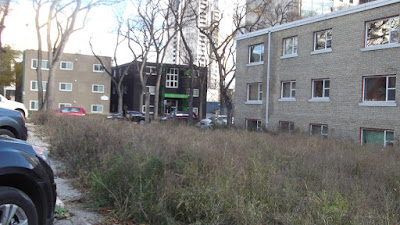 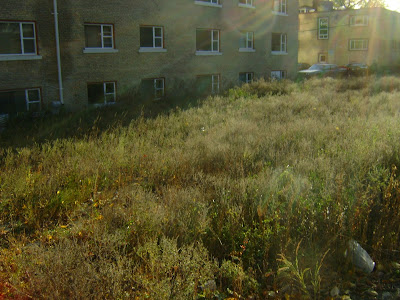 Beneath the macabre bricks, mortar and cement of Demon Hotel there was a subterranean level of dark and disturbing rooms and corridors (for more about the frightening sights beneath Demon Hotel check out this link.) This area is now buried by earth, weeds and bushes. Do any of its tunnels and passages remain beneath the surface? Let's hope not. 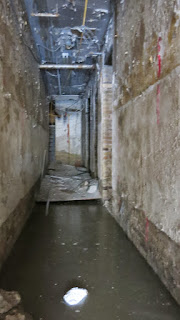 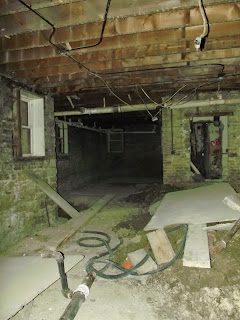 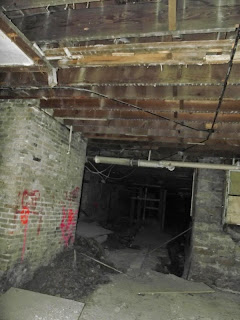 Whether the reported supernatural tales involving the abandoned apartment formerly at 44 Hargrave in downtown Winnipeg are merely urban myth, or a plain hoax, or whether there really is something dark and mysterious surrounding the ominous, decaying structure, surely it is not worth taking a chance of attracting malevolent entities. Anyone who has seen movies like "Blair Witch Project" or "Grave Encounters 1 & 2" should be able to imagine the dangers. If there is any chance that paranormal forces are at play, needless to say Halloween would be the most dangerous time to disturb them. This site has spent years warning the public to avoid the potential supernatural perils of Demon Hotel, and even though the cursed building is gone, perhaps the evil within remains.

THIS HALLOWEEN: STAY AWAY FROM THE OMINOUS "DEMON FIELD" OVER THE RUINS OF THE CURSED VACANT APARTMENT BUILDING FORMERLY ON HARGRAVE STREET, THAT WILL FOREVER BE KNOWN AS DEMON HOTEL!