Message from Moderator: the scheduled post "Return to the Terror of Demon Hotel" has been postponed to bring you news of an astounding event.

On April 6 2015 the abandoned apartment building at 44 Hargrave Street burned down in a Hellish blaze. Flames shot 20 feet into the air, black smoke covered that part of the downtown area, and mysterious internet blackouts occurred. While such a fire is not an unusual occurrence in Winnipeg, there is one difference in this case: the building in question is that allegedly haunted building known to downtown denizens as "Demon Hotel". Because of the many rumours of supernatural phenomena that has happened there, speculation has grown, theorizing that the abandoned structure has been a gathering point for unearthly, perhaps evil paranormal beings (those unfamiliar with the urban legend may wish to look at the overview HERE). 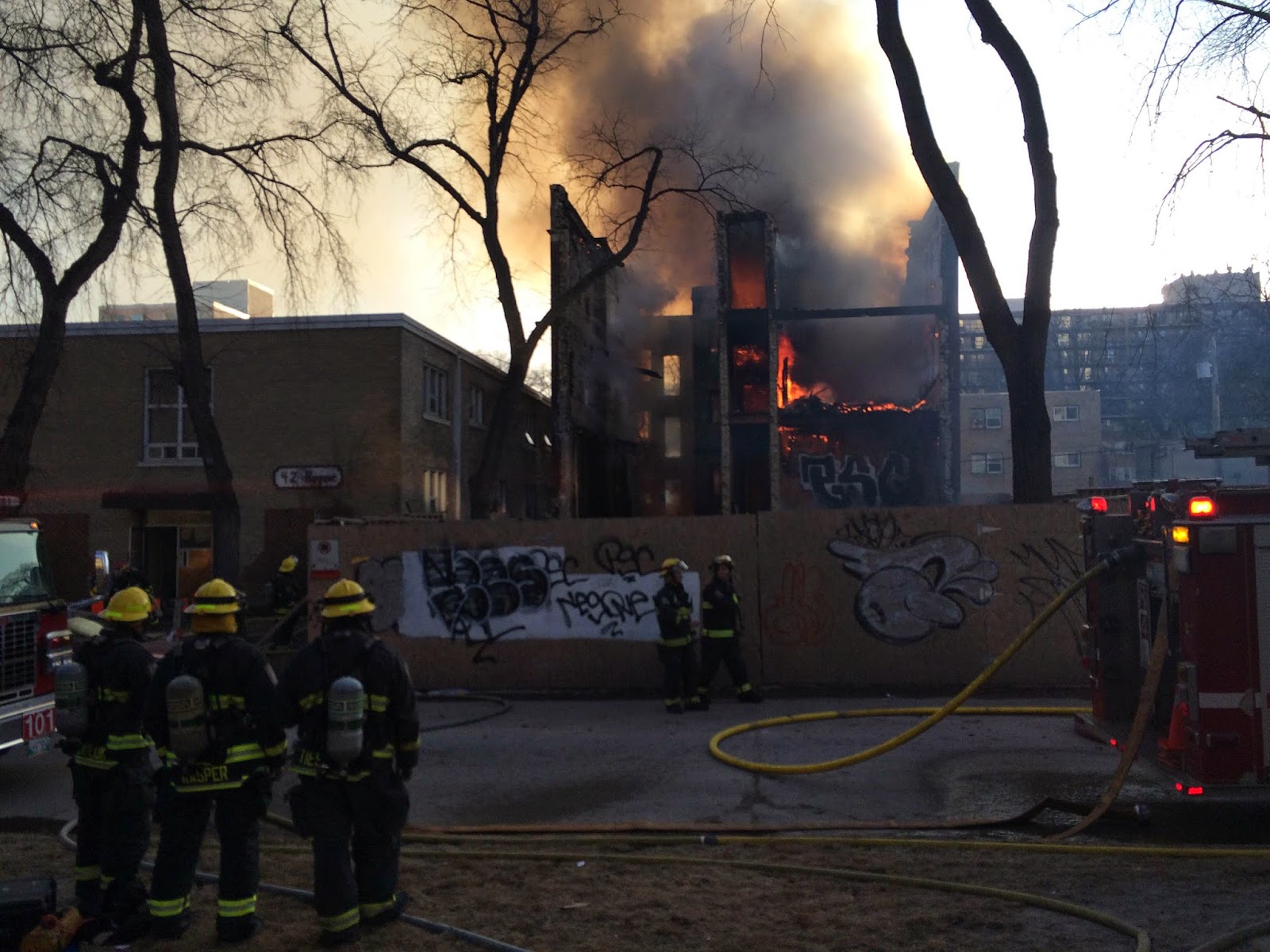 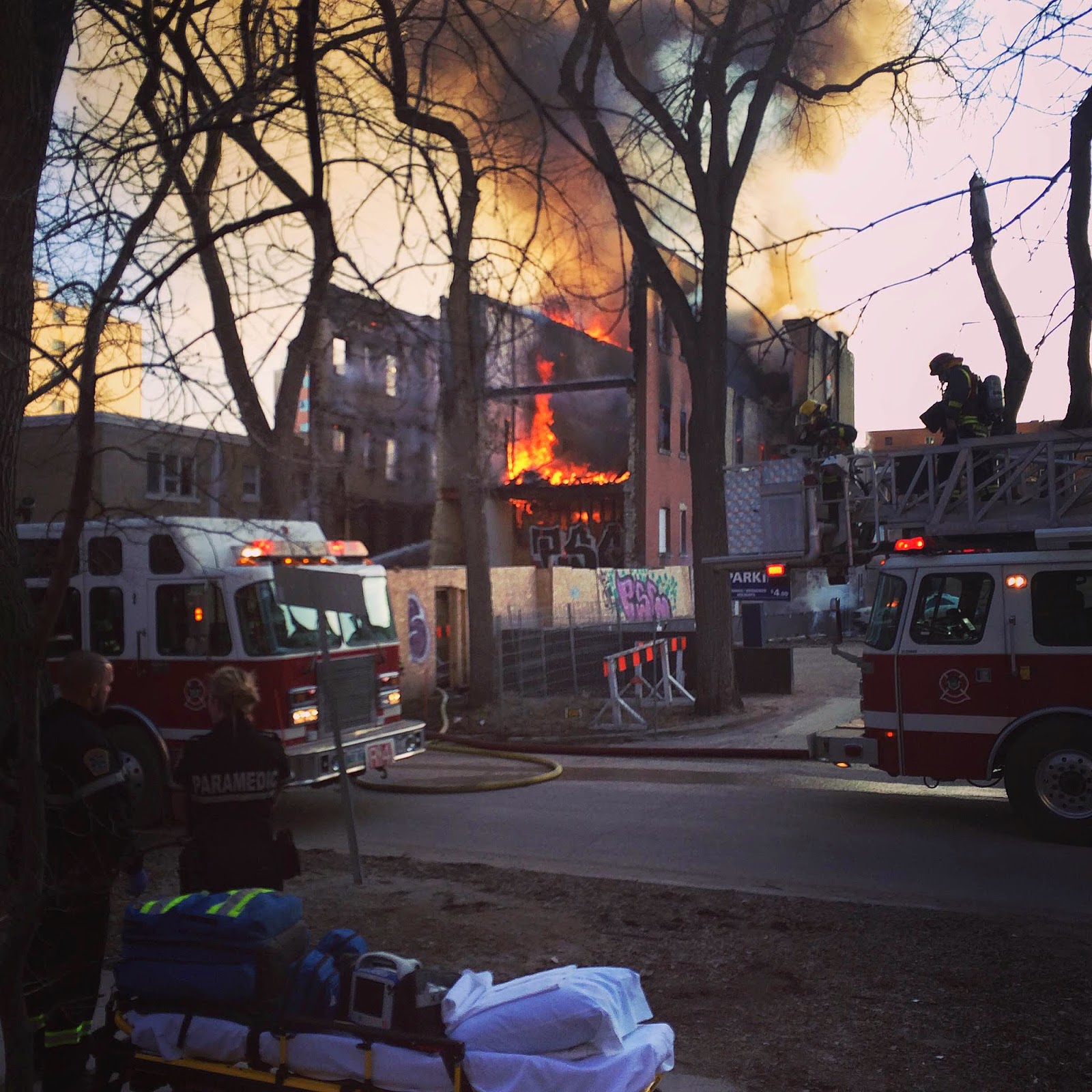 Crowds gathered to watch the inferno. Fire Fighters soon had the blaze under control. 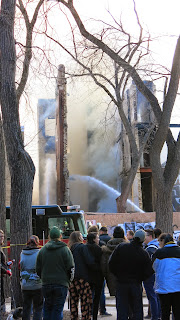 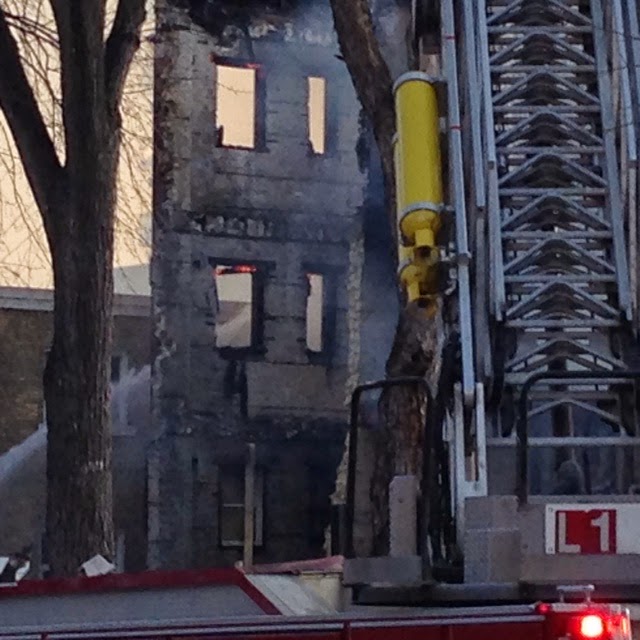 The black clouds of smoke then turned white, as if to signify that the darkness contained in the haunted building was finally being lifted. I'd like to think so. 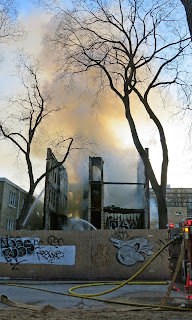 For about two and a half years this blog has been trying to warn people about the possible supernatural dangers surrounding Demon Hotel. We have constantly told the public to stay away from the cursed structure. Could some careless vandal have started the fire maliciously? Could downtown squatters have accidentally caused the blaze by smoking discarded butts? Or perhaps something more disturbing occurred. Could the tormented souls or the demonic forces contained in the haunted building have started the fire in some way? Or perhaps some misguided individual attempted to fight against the supernatural entities and exorcise the evil from the ruins, only to bring about the flaming destruction. Whether the fiery inferno purified the cursed structure, releasing the trapped souls of the damned, or whether the flames have locked the spirits into the location forever, who can say? 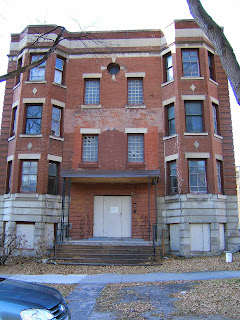