HARGRAVE: WHERE DEMONS ONCE DWELT . . . PART TWO: A NEW BEGINNING?

Where once stood the grim and ominous (and allegedly haunted) abandoned apartment building nicknamed "Demon Hotel" there has arisen a brand new modern apartment building in Downtown Winnipeg. For those who never dared venture near the boarded up shell of the sinister looking old building, or have never heard whispers of  spooky tales from Downtown Winnipeg denizens, you can peruse the pages of this Blog to discover chilling rumors of things once seen and heard at night at that possibly cursed spot on Hargrave Street, beginning here. Long before it was destroyed by a mysterious blaze, it was known as Kenilworth Court when it was built well over a century ago, as a living, occupied dwelling; it was later branded Demon Hotel by sinister reappearing graffiti during its years as a decaying, abandoned building. Where there was once the charred and broken ruins of a legendary location of paranormal reputation, now proudly stands: 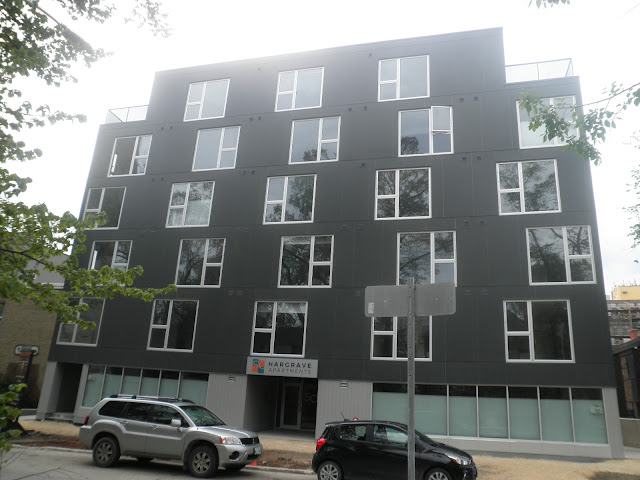 A 6 storey, 65 suite downtown in-fill apartment building with covered parking and surface parking lot behind building. Mix of one and two-bedroom rental apartments: 85% 1-bedroom and 15% 2-bedroom suites ranging in size from approximately 440 to 690 square feet. Concrete and steel construction. Source. 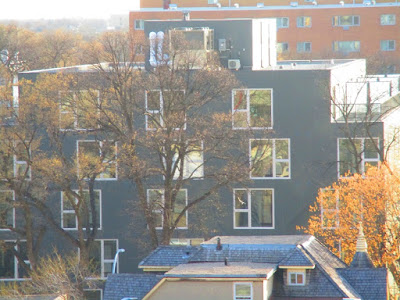 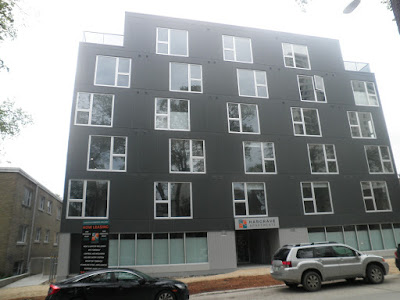 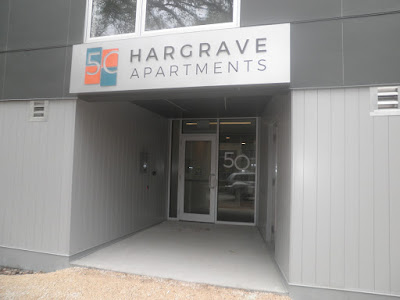 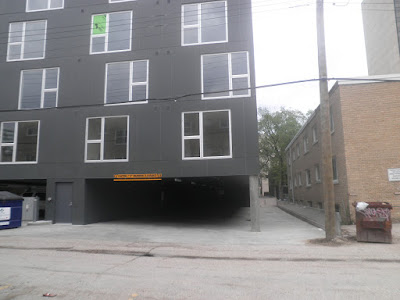 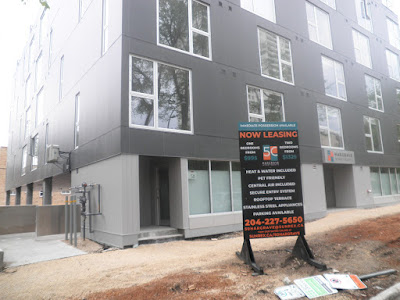 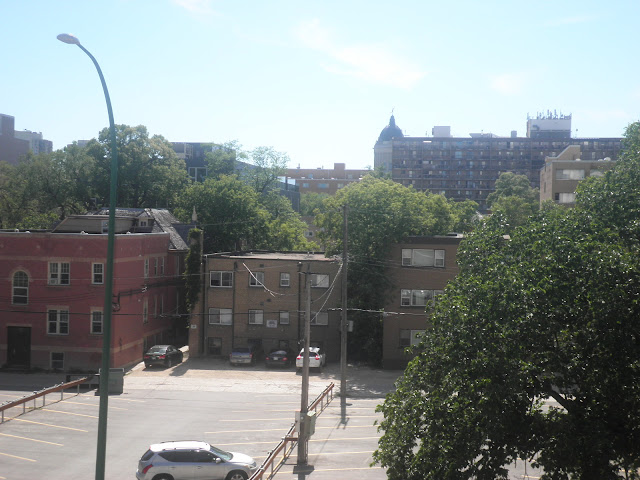 50 Hargrave St. on the left peeks over the trees looking from the East, while on the West side the famed Golden Boy atop the Manitoba Legislative Building seems to  be turning away from the formerly cursed spot.

The stark contrast between the two structures can be explicitly seen in the following comparison pictures: 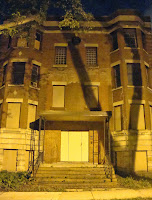 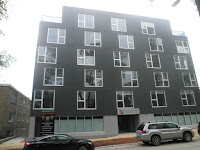 A local amateur parapsychologist (who prefers anonymity) speculates: "There may be potential sources for ghostly phenomenon at this area of Hargrave Street, including the old Edwardian-era Dalnavert House (now turned Museum) just across the street, not to mention whatever unknown and forgotten things left beneath the surface by the Indigenous Peoples of the Prairies over the centuries. It is widely thought that supernatural entities attract each other to locations where they feel comfortable, and the derelict rooms of an old building (already infused with psychic vibrations from previous tragedies) could attract wandering spirits. Would not demons and other malevolent entities be far behind? There can be little doubt that demons and evil spirits would have felt quite at home among the dark, rotting walls of the abandoned apartment building, with some sinister past already associated with it." 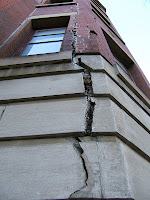 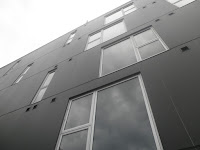 Will we ever again hear rumors of  lamenting wraith-like faces peering through the dark windows of the building on Hargrave Street? Yes, the dark and broken windows have been replaced by gleaming wide new glass and aluminum, but were those cracked and crumbling orifices really portals looking into a supernatural plane? 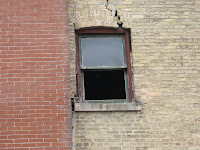 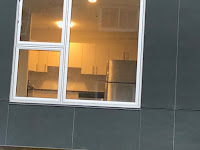 The narrow side space with its cracked bricks, faded paint and lifeless shrubbery, forming a long dark secluded corridor that may have been the lurking place of a mysterious Cat Lady, is now gone. Today it is a well lit, sparse and utilitarian space, certainly more safe and secure from ordinary urban dangers, but will it also deter dangers of a more other-worldly nature? 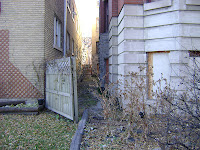 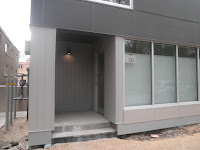 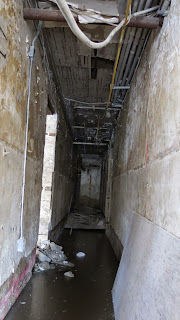 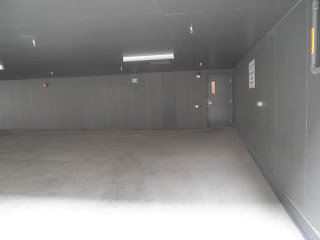 A smooth and spacious concrete parking area has covered over the charred debris-filled ruins of the basement, whose dark, maze-like underground corridors and tunnels are right out of a horror movie. But is this like building a home over a graveyard? 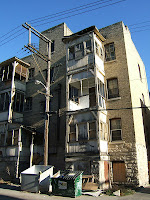 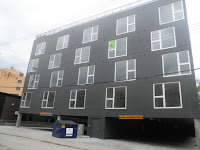 The broken brickwork, cracked plaster, and rotting timbers may be gone, but so also are the ominous dark windows promising eerie sights, the mysterious and sinister graffiti, the long dark hallways of the crypt-like basement beckoning your imagination to weird and supernatural things. Gone is a scary-looking old deserted and broken building, with many obvious physical dangers, if not occult threats. But gone also is a symbolic icon suggesting to some people a world of strange and supernatural happenings, the mysteries of the afterlife, and weird phenomenon defying logic and common sense. Nevertheless, hopefully gone too as well will be the terror and trauma suffered by innocent victims of the macabre forces of the paranormal. 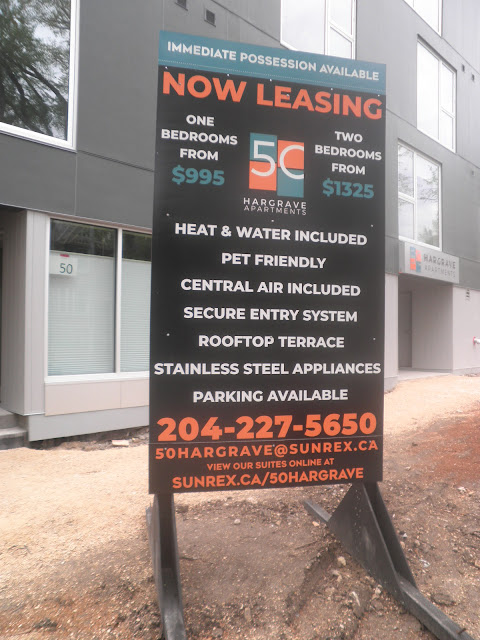 Now that the supposedly cursed building called "Demon Hotel" has gone up in flames, and has been demolished, excavated and replaced by a new structure, will the terrors of the past be exorcised permanently, or do potentially latent horrors still lurk at the former site of the legendary haunted place? If any dark spirits were residing in the decaying hulk of the old building, were they displaced from the grounds of Hargrave Street to seek dwelling is some other gloomy place, or are they still tethered to the spot of their preferred haunt, awaiting a chance to test out their new upgraded residence? To those who now move in, bringing life again to a place once lifeless and maybe even cursed, perhaps it would not be too superstitious a thing than to bring with you some powerful religious talisman or other lucky charm to ward away any lingering shadows of the past. And if one dark night strange and unearthly sounds are heard, or you see something moving out of the corner of your eye, perhaps there is nothing to lose by performing an exorcism ritual, just to be sure? Is this now the end of the Legend of Demon Hotel? Has the new apartment building provided a new beginning and brought peace and life to a place some thought to be a stop for restless spirits?

Who knows the future? Perhaps, only the Dead. 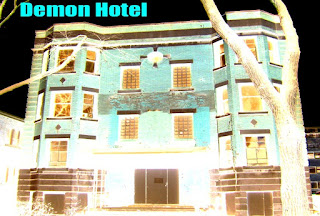